As Barbie Turns 60, Mattel Aims to Stay On Trend With Consumers

It’s hard to believe that Barbie has been around since the 50’s, but it was 1959 when American businesswoman Ruth Handler created her. Did you know Barbie’s full name is Barbara Millicent Roberts and that Handler’s children were named Barbara and Kenneth?
Barbie is a flagship brand for toymaker Mattel. It is estimated that over a billion dolls have been sold, and in 2018 the brand’s gross sales amounted to over one billion. Barbie has “over 200 careers and counting” (Mattel)

At the same time that Barbie has been loved by consumers and a success story for the company, she has been marred in controversy since the early days.
In 1961 Mattel was sued by German doll maker Louis Marx and Company, claiming it copied their Bild Lilli doll. Widespread consumer complaints over the years have included unrealistic body image, lack of diversity and safety concerns. Some accessories over the years that highlight these concerns include a diet book that states, “don’t eat!” and a bathroom scale that is permanently set to 110 pounds. The first attempts at African American dolls came in 1967, 1968 and 1980, but still had primarily Caucasian features. Other historical concerns that have since been addressed include the toxicity of the materials used to create Barbie.

Business Success Through The Years

Although the Barbie brand has over 99% brand awareness worldwide (BarbieMedia.com), sales in 2015 had reached the lowest in almost two dozen years. But it appears the diversification of body types has sales trending upward again (Statista). 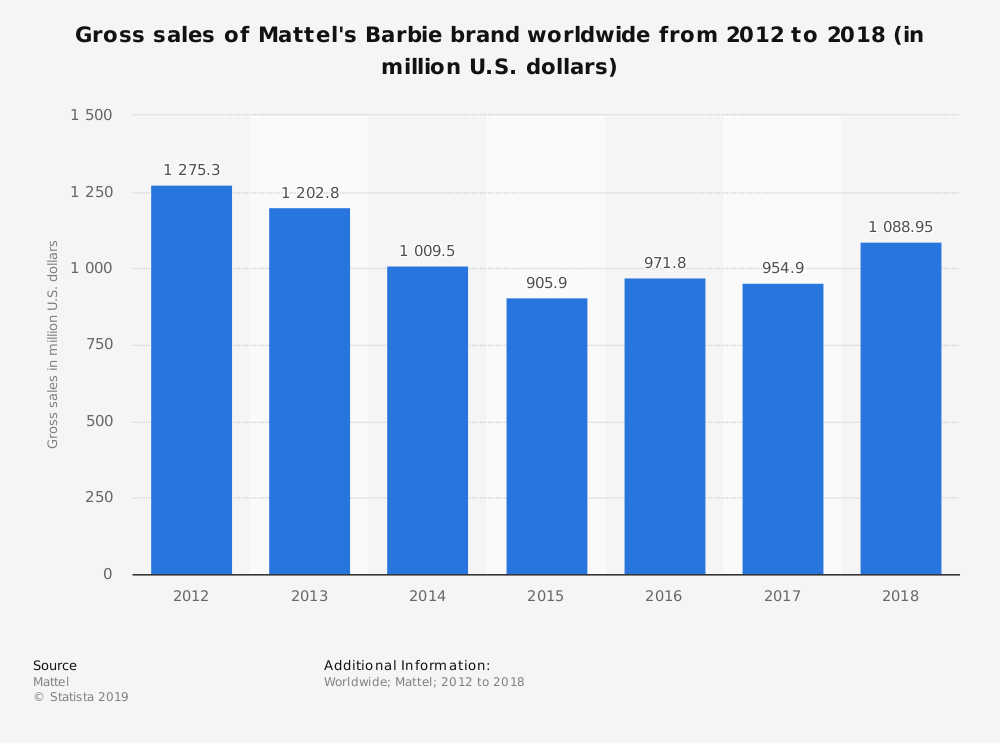 You have to make sure that Barbie is on-trend but isn’t trendy. In our 60-year history if you ever see dips in the brand’s performance there was a clear disconnect between our messaging and what was happening at the time. 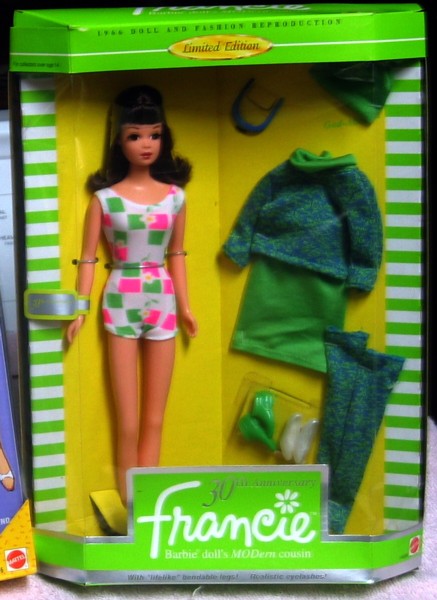 As Mattel’s COO Richard Dixon recently told Marketing Week, “You have to make sure that Barbie is on-trend but isn’t trendy. In our 60-year history if you ever see dips in the brand’s performance there was a clear disconnect between our messaging and what was happening at the time. When we create product, promotions and messaging that are a reflection of what’s happening in the world, the brand maintains its presence and we enjoy growth.”
This can be seen through numerous marked launches over the years:

Toymakers have historically relied on focus groups when it comes to staying on trend and innovating new designs. As Time Magazine famously reported, a 6-year old girl testing Curvy Barbie gave her voice “Hello, I’m a fat person, fat, fat, fat”. (Particularly interesting that girls perceive Curvy Barbie as “fat”, considering she would be a size 4 in real life, but I digress).
Children are honest like that, so they are great candidates for focus groups. But when it comes to what the parents think – you know, the ones who pay for the toys – focus group bias is very real. Groupthink and social desirability are just two ways we as adults skew the results of focus groups.
So what can a brand like Mattel do to diversify its consumer feedback mechanisms away from focus groups alone? Understanding the way the game has changed in 2019 is a good start. In today’s ratings economy, consumers rely on one another more than ever before to make purchasing decisions. Social media and product review sites are two places where consumers are actively sharing those opinions.
Incorporating a product review analytics arm of its consumer feedback program would round out any brand’s understanding of its consumers. Understanding the post-purchase experience users are sharing can help these brands benchmark against the competition and uncover powerful market opportunities faster and more efficiently.