The Hero5 claims to be the best GoPro yet. But what do consumers think so far? Channel Signal aggregated and analyzed 1,653 GoPro Hero5 product reviews from Amazon and Best Buy for the last 4 months. Of note is that a whopping 89.7% of reviews track positively (4 or 5 stars) whereas the average for Channel Signal’s customers is just 80%.
So we are not seeing that the Hero5 is a problematic product comparatively speaking, but there are some clear problems worth mentioning. First, the battery life seems to be an issue and users are upset that they can no longer use third party batteries. Second, one component or the entire device flat out breaking on anyone is never a good sign. And third, price is a huge factor as it relates to competitors.
When the company is in such dire straits, every criticism counts. GoPro faces competition from everyone from Garmin to LG. And the biggest elephant in the room might be the smartphone.
We repeat, in a world where a separate camera device might be seen as a “nice to have” rather than a “have to have”, and a world where up to 90% of people rely on product reviews, every criticism counts.

While Wall Street may not be GoPro’s biggest fans, we believe there are a few things happening with their market. First, casual consumers may have purchased the GoPro Hero2, Hero3 or Hero4 in the past and either it’s still working for their 4-5 annual adventures or they can’t justify another $400 for the new version. So that leaves the die hards and newbies who are out front buying the Hero5 in these first few months.
The Hero5 has great reviews overall. But there are a few aspects that are not fairing well with users, and they’re biggies: battery life, breakage and price point. The upshot here for GoPro is to measure their own consumer sentiment against their competitors to ensure they are winning out on all fronts.
Want to see the full report? Get it below.

See and analyze all 1,653 Hero5 reviews from Amazon and Best Buy.
[two_third]

Oops! We could not locate your form. 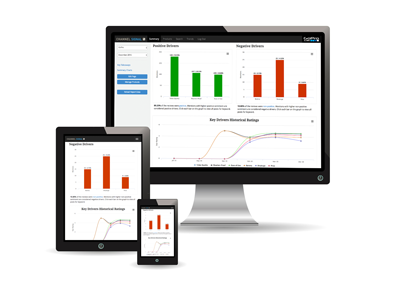 PrevPreviousMacy’s to CVS: Impressive List of 20 Retail Stores Closing in 2016-2017
Next4 Ways Brands Can Save Brick & MortarNext