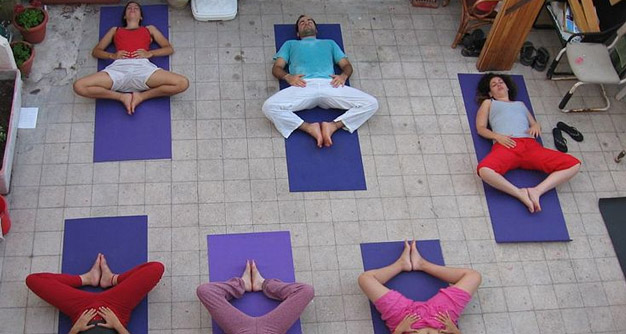 It’s that time of year again. The holidays are over, the new year is nigh, and people the world over are reflecting on the foregone year with lists. There’s a “top” list for just about everything. Top search trends, top movies, top wines, even the top memes of 2013. You name it, there’s a list about it.

So what kind of outdoor industry reporting company would we be if we didn’t comply and provide you with this type of glimpse into social trends of the outdoor type? Hence, we give you Channel Signal’s Top Outdoor Industry Trends of 2013, as dictated by the consumers.

If you haven’t heard of Crossfit, you might live under a rock. Gyms are popping up like wildflowers, and with words like WOD (workout of the day), burpees and RFT (rounds for time), it seems there is a new vernacular to learn. The perpetually changing mix of aerobic exercise, gymnastics, and weight lifting has gotten consumers excited enough to constantly be posting about Crossfit across social networks, driving it to number ten on our list.

“Crossfit is like reverse Fight Club, because the first rule of Crossfit is you never shut the fuck up about Crossfit.”

Before crossfit they made me sign a waiver and said, “you know … just in case you pass out … or die.”… http://t.co/Xo5S5yLI

Worked out at Crossfit St. Louis this morning. This was the workout! #crossfit pic.twitter.com/BGsMi8np

In her fifth attempt since 2011, Dyana Nyad finally completed a cage-free swim from Cuba to Florida in September of 2013. As if the feat wasn’t driving enough chatter online, some long distance swimmers were skeptical that she was unassisted in the venture, and have taken to social media to voice their concerns.

Love the emphasis on Diana Nyad’s swim being first without a shark cage. Because of course we’ve all done it WITH a shark cage

Most dangerous part of Diana Nyad’s swim from Cuba to Florida was doing it less than an hour after eating.

We weren’t but a fortnight into 2013 when Lance Armstrong went on the Oprah Winfrey show to confess that he had, after years of denial, used banned substances to enhance his performance. He’d been accused of doping for years and was officially stripped of his seven Tour de France titles in October of 2012. The public confession sent people to the web to vent and joke about what many had figured to be true all along.

That Lance Armstrong scene in DODGEBALL is so odd to see now. Guy certainly had a lot of nerve doing that.

I just drank a Starbucks coffee for the 1st time in a month. I feel like I just snorted moon cocaine cut with Lance Armstrong testosterone.

Why are they giving Lance Armstrong a hard time about doping???… Going to the moon is very scary shit!!!

Maybe it’s because these types of races are so inherently social. Maybe it’s that many people find exercise so painful that a fun theme helps them forget the agony. Whatever it is, people love to share their stories about adventure races. Whether they’re caked in mud, dressed as a zombie, or covered in colored powder, there is no shortage of selfies and boasting about the latest adventure. Unfortunately, a death at a major event brought even more attention to the topic.

Durban’s first Zombie Run was loads of fun. Pics to come soon but this was the costume for the day pic.twitter.com/0QdpP2JCKf

My only purchase on #CyberMonday was a ticket for Warrior Dash this summer. ????☀???? @_JessicaCrane

Channel Signal first picked up signs of the water issues at music festivals in 2011, the pinnacle being a death at the Vans Warped Tour. It seems 2013 is the year the festivals are remedying those issues, and consumers weren’t shy about showing their appreciation for more water availability.

Another death at Warped Tour today. So sad. #riptaylornesseth. Not excited for the heat at Warped on Tues. $5 bottles of water, here I come.

When two of the great companies of the world partner together, you’re bound to get great things. When what they’ve created is a craft beer, well, you’ve found the key to the outdoor enthusiast’s heart. Consumers have loved this beer and the#FindTheRoute trend that has emerged out of not being able to locate one of the hoppy little twelve packs.

@newbelgium @patagonia #craftbeer collaboration. I’ve had #patagonia clothes on me. Now it can be in me. pic.twitter.com/MyQmNQPwNo

@patagonia @Orangemen2003 I have had no luck either! Still trying to #findtheroute in SF or Berkley.

I want to #FindTheRoute in Santa Monica. Any tips?

Those four little words rang loudly across the social sphere in March when Lululemon recalled one of its yoga pant lines for being too sheer. Much like a joke whose punch line is handed to you, users couldn’t help but comment on the comical subject. The issue became less funny when Lululemon’s founder decided to blame women’s bodies instead of admitting any fault.

This is probably the worst see-through yoga pants crisis America has endured since the 1930s: http://t.co/0BKGdyQ4Tg

Sad news, the company Lululemon fixed their see-through yoga pants problem. I guess I’ll have to go back to using my imagination.

If you’re going to go after a “little guy” for a trademarked term that’s already questionable because you’ve trademarked a place, you’d better make sure you actually hold that trademark. Specialized really stuck its foot in its mouth when it sued a small retailer for his use of the term “Roubaix”, only later to have it revealed they didn’t actually hold the trademark. Consumers were less than pleased, to say the least. 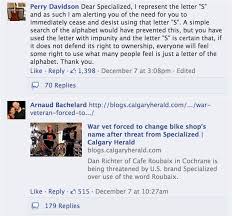 I am now far more likely to buy a Fuji bike than a Specialized – BikeRadar http://t.co/btSfdszMTG

Dear Specialized: Roubaix is a town’s name. Tarmac is a trademark. Whose permission did you ask to make money from those names?

It’s rare to have a trend that is equally as made fun of as it is boasted about, but the white girl uniform does just that. It usually entails yoga pants, a performance jacket and a Starbucks coffee, among other things. The “common white girls” love the fashion and wear it proud, while everyone else just sees fodder for their jokes. This was – and still is – one of the most talked about subjects on Channel Signal’s radar.

“i look homeless today” says the white girl in her $130 north face, $30 VS yogas, and $120 nike frees and perfectly straightened hair

School bathroom mirror pic of a white girl with yoga pants, North Face, Uggs and a messy bun on top of her head holding Starbucks.

It could be 104 degrees outside, white girls will still have on NorthFace jackets & Ugg boots.

Call me a common white girl, but I’m ready to break out the north face, uggs, and yoga pants.

April’s tragic Boston Marathon bombing spread on social media like a shockwave. It’s events like these where we see humans of all different social and political ideologies come together to stand against such senseless violence. As fundraisers for the victims continue and other large races ensue, the conversation wave about Boston continues.

The best moment in all of sports last night, a Boston Marathon survivor & rescuer threw out the 1st pitch at Fenway: pic.twitter.com/r1zzrOBCgM

What Does it All Mean?

If you’re in the outdoor industry, this list should give you pause. The difference between this and some other lists is that this list can help you choose to do better things with your marketing dollars in 2014. It shows the power of the consumer’s voice. Marketing is no longer top-down, with brands determining the message. No, marketing is very much bottom-up, and if you aren’t in touch with your consumers and the conversations they’re having with each other online, you’re not only barking up the wrong tree, you’re in the wrong forest altogether. 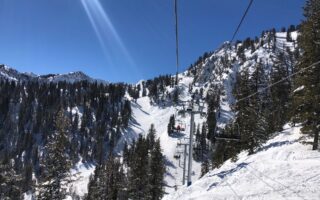 Yesterday kicked off one of my most looked forward to weeks of winter – Ski Test for Ski Magazine. In my post-college ski bum days (this being long before the…

How accessible are reviews on your mobile device?

Foot traffic to brick and mortar stores has plummeted over the last year due to COVID-19 making direct to consumer e-commerce the buying option of choice. But how are shoppers…

It’s time to change how we shop online

Not to bring the pandemic into it again, but with the depth of change it has brought to the world, it’s hard not to reflect on the way it has…